by Joseph Conrad, Published In 1902 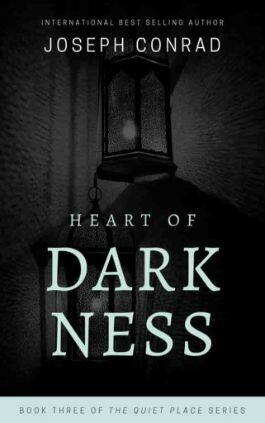 Heart of Darkness centers around Marlow, an introspective sailor, and his journey up the Congo River to meet Kurtz, reputed to be an idealistic man of great abilities. Marlow takes a job as a riverboat captain with the Company, a Belgian concern organized to trade in the Congo. As he travels to Africa and then up the Congo, Marlow encounters widespread inefficiency and brutality in the Company’s stations. The native inhabitants of the region have been forced into the Company’s service, and they suffer terribly from overwork and ill treatment at the hands of the Company’s agents. The cruelty and squalor of imperial enterprise contrasts sharply with the impassive and majestic jungle that surrounds the white man’s settlements, making them appear to be tiny islands amidst a vast darkness.

Marlow arrives at the Central Station, run by the general manager, an unwholesome, conspiratorial character. He finds that his steamship has been sunk and spends several months waiting for parts to repair it. His interest in Kurtz grows during this period. The manager and his favorite, the brickmaker, seem to fear Kurtz as a threat to their position. Kurtz is rumored to be ill, making the delays in repairing the ship all the more costly. Marlow eventually gets the parts he needs to repair his ship, and he and the manager set out with a few agents (whom Marlow calls pilgrims because of their strange habit of carrying long, wooden staves wherever they go) and a crew of cannibals on a long, difficult voyage up the river. The dense jungle and the oppressive silence make everyone aboard a little jumpy, and the occasional glimpse of a native village or the sound of drums works the pilgrims into a frenzy.

Marlow and his crew come across a hut with stacked firewood, together with a note saying that the wood is for them but that they should approach cautiously. Shortly after the steamer has taken on the firewood, it is surrounded by a dense fog. When the fog clears, the ship is attacked by an unseen band of natives, who fire arrows from the safety of the forest. The African helmsman is killed before Marlow frightens the natives away with the ship’s steam whistle. Not long after, Marlow and his companions arrive at Kurtz’s Inner Station, expecting to find him dead, but a half-crazed Russian trader, who meets them as they come ashore, assures them that everything is fine and informs them that he is the one who left the wood. The Russian claims that Kurtz has enlarged his mind and cannot be subjected to the same moral judgments as normal people. Apparently, Kurtz has established himself as a god with the natives and has gone on brutal raids in the surrounding territory in search of ivory. The collection of severed heads adorning the fence posts around the station attests to his “methods.” The pilgrims bring Kurtz out of the station-house on a stretcher, and a large group of native warriors pours out of the forest and surrounds them. Kurtz speaks to them, and the natives disappear into the woods.

The manager brings Kurtz, who is quite ill, aboard the steamer. A beautiful native woman, apparently Kurtz’s mistress, appears on the shore and stares out at the ship. The Russian implies that she is somehow involved with Kurtz and has caused trouble before through her influence over him. The Russian reveals to Marlow, after swearing him to secrecy, that Kurtz had ordered the attack on the steamer to make them believe he was dead in order that they might turn back and leave him to his plans. The Russian then leaves by canoe, fearing the displeasure of the manager. Kurtz disappears in the night, and Marlow goes out in search of him, finding him crawling on all fours toward the native camp. Marlow stops him and convinces him to return to the ship. They set off down the river the next morning, but Kurtz’s health is failing fast.

Marlow listens to Kurtz talk while he pilots the ship, and Kurtz entrusts Marlow with a packet of personal documents, including an eloquent pamphlet on civilizing the savages which ends with a scrawled message that says, “Exterminate all the brutes!” The steamer breaks down, and they have to stop for repairs. Kurtz dies, uttering his last words—“The horror! The horror!”—in the presence of the confused Marlow. Marlow falls ill soon after and barely survives. Eventually he returns to Europe and goes to see Kurtz’s Intended (his fiancée). She is still in mourning, even though it has been over a year since Kurtz’s death, and she praises him as a paragon of virtue and achievement. She asks what his last words were, but Marlow cannot bring himself to shatter her illusions with the truth. Instead, he tells her that Kurtz’s last word was her name.