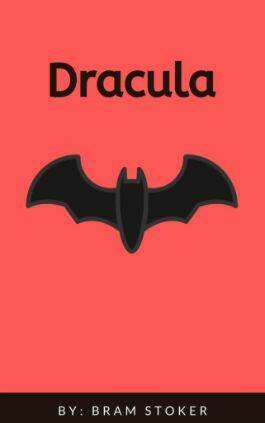 Jonathan Harker, a young English lawyer, travels to Castle Dracula in the Eastern European country of Transylvania to conclude a real estate transaction with a nobleman named Count Dracula. As Harker wends his way through the picturesque countryside, the local peasants warn him about his destination, giving him crucifixes and other charms against evil and uttering strange words that Harker later translates into “vampire.”

Frightened but no less determined, Harker meets the count’s carriage as planned. The journey to the castle is harrowing, and the carriage is nearly attacked by angry wolves along the way. Upon arriving at the crumbling old castle, Harker finds that the elderly Dracula is a well educated and hospitable gentleman. After only a few days, however, Harker realizes that he is effectively a prisoner in the castle.

The more Harker investigates the nature of his confinement, the more uneasy he becomes. He realizes that the count possesses supernatural powers and diabolical ambitions. One evening, Harker is nearly attacked by three beautiful and seductive female vampires, but the count staves them off, telling the vampires that Harker belongs to him. Fearing for his life, Harker attempts to escape from the castle by climbing down the walls.

Meanwhile, in England, Harker’s fiancée, Mina Murray, corresponds with her friend Lucy Westenra. Lucy has received marriage proposals from three men—Dr. John Seward, Arthur Holmwood, and an American named Quincey Morris. Though saddened by the fact that she must reject two of these suitors, Lucy accepts Holmwood’s proposal.

Mina visits Lucy at the seaside town of Whitby. A Russian ship is wrecked on the shore near the town with all its crew missing and its captain dead. The only sign of life aboard is a large dog that bounds ashore and disappears into the countryside; the only cargo is a set of fifty boxes of earth shipped from Castle Dracula. Not long after, Lucy suddenly begins sleepwalking. One night, Mina finds Lucy in the town cemetery and believes she sees a dark form with glowing red eyes bending over Lucy. Lucy becomes pale and ill, and she bears two tiny red marks at her throat, for which -neither Dr. Seward nor Mina can account. Unable to arrive at a satisfactory diagnosis, Dr. Seward sends for his old mentor, Professor Van Helsing.

Suffering from brain fever, Harker reappears in the city of Buda-Pest. Mina goes to join him. Van Helsing arrives in Whitby, and, after his initial examination of Lucy, orders that her chambers be covered with garlic—a traditional charm against vampires. For a time, this effort seems to stave off Lucy’s illness. She begins to recover, but her mother, unaware of the garlic’s power, unwittingly removes the odiferous plants from the room, leaving Lucy vulnerable to further attack.

Seward and Van Helsing spend several days trying to revive Lucy, performing four blood transfusions. Their efforts ultimately come to nothing. One night, the men momentarily let down their guard, and a wolf breaks into the Westenra house. The shock gives Lucy’s mother a fatal heart attack, and the wolf attacks Lucy, killing her.

After Lucy’s death, Van Helsing leads Holmwood, Seward, and Quincey Morris to her tomb. Van Helsing convinces the other men that Lucy belongs to the “Un-Dead”—in other words, she has been transformed into a vampire like Dracula. The men remain unconvinced until they see Lucy preying on a defenseless child, which convinces them that she must be destroyed. They agree to follow the ritual of vampire slaying to ensure that Lucy’s soul will return to eternal rest. While the undead Lucy sleeps, Holmwood plunges a stake through her heart. The men then cut off her head and stuff her mouth with garlic. After this deed is done, they pledge to destroy Dracula himself.

Now married, Mina and Jonathan return to England and join forces with the others. Mina helps Van Helsing collect the various diary and journal entries that Harker, Seward, and the others have written, attempting to piece together a narrative that will lead them to the count. Learning all they can of Dracula’s affairs, Van Helsing and his band track down the boxes of earth that the count uses as a sanctuary during the night from Dracula’s castle. Their efforts seem to be going well, but then one of Dr. Seward’s mental patients, Renfield, lets Dracula into the asylum where the others are staying, allowing the count to prey upon Mina.

As Mina begins the slow change into a vampire, the men sterilize the boxes of earth, forcing Dracula to flee to the safety of his native Transylvania. The men pursue the count, dividing their forces and tracking him across land and sea. Van Helsing takes Mina with him, and they cleanse Castle Dracula by killing the three female vampires and sealing the entrances with sacred objects. The others catch up with the count just as he is about to reach his castle, and Jonathan and Quincey use knives to destroy him.